Attorney-General Moody, in a statement which had the sanction of the President and members of the Cabinet, says that criminal proceedings will be commenced immediately against the Standard Oil officials. The statement reads:—

"After full consideration of all the evidence now available, including the report of the Commissioner of Corporations and the evidence taken by the Interstate Commerce Commission, I have reached the conclusion that criminal proceedings against the Standard Oil Company should be begun in certain cases where there appears to have been a violation of the laws regulating interstate commerce and prohibiting rebates and other unlawful discriminations. Accordingly, such proceedings will be begun at once in the appropriate judicial districts. 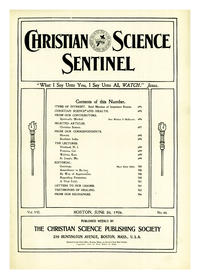