Donald was a well-behaved boy and had such a beaming, cheery smile that he always brought sunshine to everyone he met. His sister Martha was about two years older than he. They had great fun going to school together, and they played at the playground afterwards because there were no other children in the neighborhood where they lived.

One day a large moving van appeared, and Donald and Martha soon learned that a family with two boys about their age was moving into a new house not very far away. This was good news! The names of the boys were Ted and John. The four children readily made friends, and their parents quickly became acquainted. 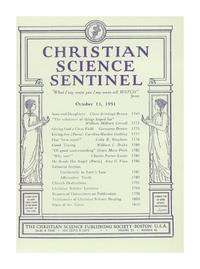