In a recent issue of the Anglo-Norwegian Trade Journal, a writer states that no country in the world has, in proportion to its population, so large a mercantile fleet as Norway. There is in this country an average of one register ton for each inhabitant, whereas in Great Britain, the next highest of the seafaring nations, there is in this respect considerably less than half a ton for each unit of the population. The mercantile fleet of Norway thus constitutes a much greater portion of the nation's assets than is the case in any other country. It is not the necessities of trade that have been the primary cause of the creation of this fleet; it is really the inherent love of the sea, in association with excellent opportunities of exercising it, that has created the Norwegian seaman, and he in turn may be said to have originally created the Norwegian mercantile fleet, which grew in excess of the needs of the trade of the country and became a kind of public carrier on the sea.

All of the twenty-seven defendants, including the mayor of the city, in the Terre Haute elections fraud case, have been found guilty by a jury. The Federal government placed its claim to jurisdiction in the fact that a United States senator and a member of Congress were being voted for in the election. The indictment, which is in four counts, charges conspiracy to injure persons in their civic rights; conspiracy to defraud the United States by corrupting the election and misuse of the mails. The federal grand jury began its investigation about two weeks after the election of Nov. 3, 1914, and returned the indictment Dec. 24, naming one hundred and twenty-six men. All but ten of those indicted were arrested, and eighty-nine of them pleaded guilty. The trial of the accused began March 8, and the taking of testimony opened two days later. 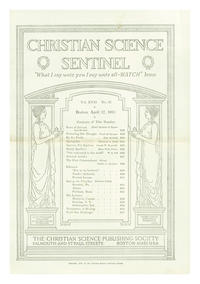