Upon the occasion of the visit of the American fleet to Japan the President sent this message to his majesty, the Emperor of Japan : —

"Through the American ambassador I wish in this personal manner to extend to your majesty the thanks of the American people for the signal generosity, courtesy, and hospitality with which the American fleet has been received on its visit to Japan. The people of the United States have been deeply touched by this fresh and striking proof of friendship and regard. The officers of the fleet report that hearty though their reception has been everywhere else, it has nowhere been more hearty, nowhere more hospitable than in Japan. On behalf of this nation I desire to express my acknowledgments to you and to say how deeply this nation appreciates this fresh proof and seal of the ancient friendship between the two peoples. Your message to me was not only deeply appreciated by me, but when published gave a lively satisfaction to all the citizens of the United States." 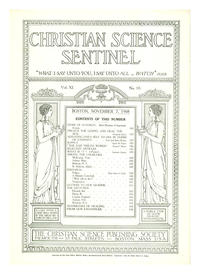