with contributions from Governor Folk

Let us encourage industry and attack not wealth, but the abuses of wealth. Let us fight not men, but the evil men do. Let us love not money, but manhood. Let us preserve inviolate the principle of popular self-government and recognize the largest liberty of the individual citizen, consistent with law and order; unite in enforcing the laws and counteracting any attempt to defy them. Let us realize that liberty to make laws does not mean license to break laws; that the liberty guaranteed us is liberty under the law, not liberty against the law. Let us not array class against class, but preserve the rights of all by causing each to respect the rights of the other. Let us appeal not to cunning, but to conscience, and remember that by making the public conscience clean the public life is made clean. 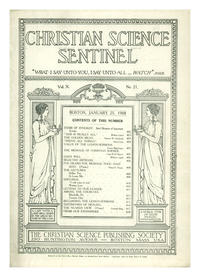