The first torpedo-boat flotilla, consisting of the destroyers Decatur, Chauncey, Dale, Bainbridge, and Barry, convoyed by the cruiser Buffalo, has arrived from San Juan in the West Indies at Las Palmas in the Canaries. This reach, twenty-eight hundred miles, was covered in eleven days, and is the longest in the journey that is being made to the Philippines to test the sea-going capacity of the destroyers.

The Carnegie Institute has appropriated thirty thousand dollars a year for a term of five years for the preparation of an economic history of the United States. Experts in the various lines of practical economic development will be engaged to cover the specialties. It is hoped to condense results into ten volumes. Carroll D. Wright will have the enterprise in charge, acting as editor-in-chief. 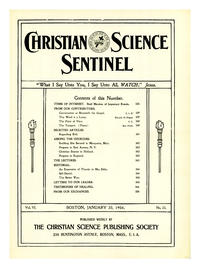