JAMES RUSSELL LOWELL, poet, critic, essayist, professor, editor, and diplomatist, was the fourth generation of his family to study at Harvard College. Instead of following his father and grandfather in the ministry, he chose law. Although he received his law degree and worked in a law office, his love of literature, which had made him an omnivorous reader, won out. This dominant characteristic was first awakened when his mother used to read to him from "The Faerie Queene" by Spenser. His first volume of poems was sympathetically reviewed, and this encouraged him to join a friend in starting a magazine. It lasted three months, but it was a brilliant venture.

Lowell's many-facted nature was revealed in the variety of his work. Always an enthusiast, he stood strongly on the moral questions of his day: he joined the Temperance Society; he became an active abolitionist, being employed at one time as an editorial writer on the Pennsylvania Freeman. In "The Biglow Papers," a political satire, he expressed his indignation at the injustice of the Mexican War. The characters in these papers express the wit, vigor, and individuality of the Yankee char acter, which Lowell had seen when accompanying his father to country parishes. 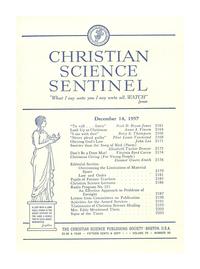