Having just observed its second anniversary, the Lincoln Highway—the 3,384 mile transcontioncntal road dedicated to Abraham Lincoln—begins its third year with much construction work completed. Figures show that already there has been expended upon the road about $2,250,000, of which more than half has been spent the past year, and that improvements have been made in every state through which the highway passes. These improvements have included the building of permanent hard-surfaced roads, bridges, repairs to old roads, and maintenance.

For all practical purposes the highway is completely marked from New York to San Francisco. Its entire length in New Jersey is hard surfaced, and all but nineteen miles in Pennsylvania. Ohio has spent over $350,000 on the highway in the past year and has sixty-three miles of brick construction. Indiana has sixty-eight miles of concreted surface either built or assured. The gravel roadways through Illinois have been well worked. In Iowa the road is graded, crowned, drained, and dragged entirely across the state, and more than $125,000 has been spent in keeping it up during 1915. Five sections of concrete work are under way in Nebraska. The North Platte River has been bridged at a cost of $50,000, and permanent concrete bridges and culverts are rapidly replacing the old-style wooden structures. Wyoming has no hard-surfaced portion of the highway, but has spent about $200,000 in maintenance on the route during the year. In Utah and Nevada over $75,000 has been spent and a vast amount of road work done voluntarily. In California the highway is in practically boulevard condition. 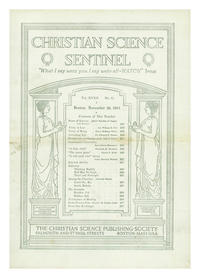