The Postal Telegraph-Cable Company, one of the principal subsidiaries of the Mackay Companies, with its millions of money and its thousands of miles of long distance telephone and telegraph lines, has formally declared a policy of general affiliation with the independent telephone companies of the country. The proposition of the Postal Company is as follows :

"In order to increase our facilities, our company has decided to make an offer to independent telephone companies, allowing them to string wires on our poles at the usual rental, varying according to the different localities, from four to six dollars per mile, per wire, per year, on the condition that we shall be allowed to composite their wires so strung on our poles where it will not interfere with their telephone use, and that we shall be allowed without charge to use the telegraph side of the composite circuit whenever we wish. We have at various places telephone circuits which we can lease at once, and are willing to lease to responsible independent telephone companies. At other places we have copper wires, which can be transposed, and we are willing to lease the telephone side of these wires. In all other places we are willing to string copper wires at our own expense, on our own poles, and lease the telephone side of the circuits to responsible independent telephone companies, provided : First, that the telephone company will in each instance contract to keep the lease for five years; and second, provided that the wires will probably be of use to us upon the termination of the lease—in other words, between commercial centers."

Send a comment to the editors
NEXT IN THIS ISSUE
Article
SCIENCE VS. SUPERSTITION 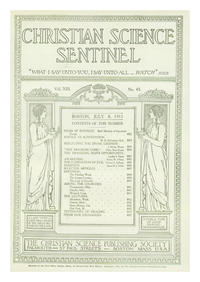