Rick was five years old five months before Christmas. He had been told the fable of Kris Kringle, and he played the game and had fun, but that was what it was to him—a game.

His mother told him many things about Christmas, and he thought about it a good deal. He liked, especially at Christmas time, to hear of the baby Jesus, who had grown to be a little boy, and then a bigger boy. Rick would be a big boy some day, as big as twelve years. At twelve years Jesus had gone with his parents to Jerusalem and had asked questions of some men who were supposed to be very wise. 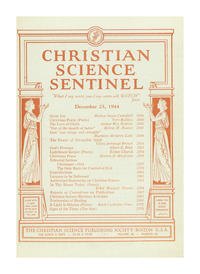