Moonlight schools, so called because conducted during moonlight nights, are meeting with success in various communities in Kentucky, Georgia, and the Carolinas. Concerning results of the work done by the teachers under her charge, the superintendent of schools of Rowan County, Kentucky, says:—

"We expected to enroll a straggling few, but found how eagerly adults welcome an opportunity when twelve hundred people came the first evening. We taught persons from eighteen to eighty-six years of age that year, having a two weeks' session, then a recess and then another two weeks' session. The next year we had a six weeks' session, enrolled sixteen hundred, and our oldest student was eighty-seven. In these two years we taught more than six thousand people to read and write. During the autumn of 1913 we made an effort completely to wipe out illiteracy. We enrolled twenty-five hundred persons, and taught all illiterates in the county but twenty-three. Meanwhile eight other counties in Kentucky tried the method with success the second year, and twenty-five adopted it last year. It was tried in the tobacco districts among the tenant class with marked success; it was tried in the mining camps, and the miners and their families embraced the opportunity with eagerness; it was tried in isolated farming sections, and the farmers and their families came for miles and could hardly be driven home from school when the hour of dismissal arrived. In the mountains, where the movement originated, the people crowded to the school in throngs, as many as one hundred and twenty-five being enrolled in one isolated district." 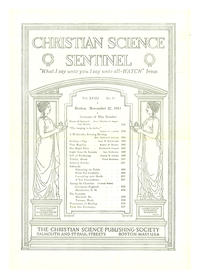