Federal aid for improvements on the Illinois and Mississippi rivers, to carry out the Great-Lakes-to-the-Gulf waterway plan, is recommended to Congress by Secretary Garrison. Participation by the central government was urged, upon condition that the state of Illinois will make, without cost to the United States, and with all federal interests safeguarded, that part of the proposed improvements from Lockport to Utica on the upper Illinois. With this stipulation, the federal government proposes to provide a navigable channel eight feet deep in the Illinois and Mississippi rivers from Utica to St. Louis, Mo. The cost of this project is estimated at four million seven hundred and sixty thousand dollars. The state's proposed improvement work contemplates water-power developments at four sites between Lockport and Utica, and the construction of five locks twenty-four feet deep, to utilize for power purposes the water flowing through the Chicago drainage canal.

Cities which are situated on international water along the Great Lakes, have a special interest in the meeting of the international joint commission in Detroit on March 9. At that meeting, in addition to the hearing on the question of the level of Lake Superior, plans will be made for the next step in the inquiry regarding the pollution of international waters by American and Canadian cities. It is asserted by the specialists of the international joint commission that the treaty between the United States and Great Britain regarding the pollution of these waters is being violated at every point of contact from Lake of the Woods, in northern Minnesota, to the St. Lawrence. The situation has now become serious. It is said to be probable that the use of these waters for the deposit of sewage will be forbidden. 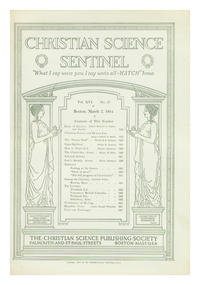