"Him hath God the Father sealed" (John 6:27)—The word which in this verse is literally rendered "sealed" is quite often used metaphorically in the New Testament in the sense of "confirm, authenticate, place beyond doubt" (Thayer: Greek Lexicon, p. 609). Hence Moffatt suggests the following rendering: "The Father, God, has certified him." The Twentieth Century New Testament has: "Upon him the Father—God himself—has set the seal of his approval." 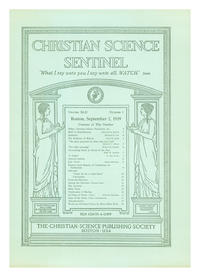