"Ye do that which ye have seen with your father" (John 8:38)—The verb translated "seen" means literally "heard"; and the term "your" is not explicitly represented in the original; moreover, the Greek "poieite" can mean either "Ye do" (as here) or simply "Do!" Consequently an alternative and somewhat more literal translation of the verse, suggested in the Margin of the Revised Version, is: "I speak the things which I have seen with the Father; "do ye also therefore the things which ye heard from the Father.'" Other translators, however, consider that there is indeed an implied contrast between "my Father" and "your father," despite the fact that "my" and "your" are not expressed in the original. Thus Goodspeed has: "It is what I have seen in the presence of my Father that I tell, and it is what you have heard from your father that you do."

"The Lord pondereth the hearts" (Prov. 21:2)—The Hebrew verb here rendered "ponder" means more exactly "to regulate, measure, estimate" (Brown, Driver, Briggs: Hebrew Lexicon, p. 1067). The Revised Version suggests: "The Lord weigheth the hearts;" and Smith: "The Lord weighs the motives;" while Moffatt renders the verse: "Man's ways are always right in his own eyes, but the Eternal has the verdict on his life." 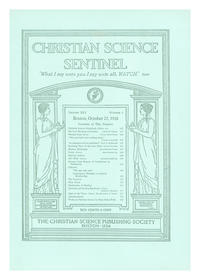