Christian Science reveals that man existed as the spiritual idea or child of God before mortals appeared to experience human birth. Also, that man's real identity, as God eternally knows it to be, has continued unchanged regardless of what the dream of life in matter may have seemed to be. Each of God's children has his own spiritual identity, which is entirely separate from the belief of material existence, and which, like its source, has no beginning. The starting point of man is not a question of matter, time, or place, but is found in the self-existent God, of whom man is the immortal expression, and in whom he lives, moves, and has his being. 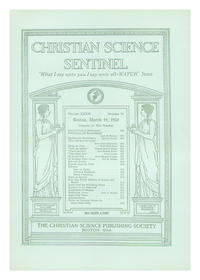