Radical reforms in judicial procedure were considered by the American Bar Association at its thirty-third annual convention at Chattanooga, Tenn. At the convention a year ago a committee was named to investigate and propose methods whereby litigation could be expedited and the much complained of "law's delays" obviated.

The sensational story of an alleged five-hundred-thousand dollar corruption fund carefully distributed in an effort to defeat the anti-race track betting legislation at Albany in 1908, was told on the witness-stand before the legislative bribery investigation committeemen at New York last week. 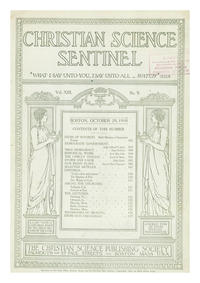