Definite standards of safety appliances to be attached to railway cars and locomotives finally have been agreed upon after nearly a third of a century of effort. It is estimated that the proposed changes in equipment will cost the railroads about fifty million dollars. The agreement was reached by a committee appointed a short time ago by the interstate commerce commission. The committee consisted of fifteen men, equally divided between representatives of the operating departments of railroads, safety appliance inspectors of the commission, and railroad operatives. Radical differences of opinion and judgment were met by concessions. The agreement applies only to new equipment, but the commission, from time to time, will determine what the standards shall be on the present equipment. The effort to force the railways to adopt safety appliances goes back many years. The first step was the safety appliance law, which required the gradual equipment of cars with airbrakes. The railroads constantly disputed the orders of the commission. This agreement is a tardy recognition by the railroads that they must do something to prevent the terrible loss of life on American transportation lines. During the year 1905 seven hundred and fifteen persons were killed in collisions or derailments and five thousand five hundred and sixty-five injured.

A conspiracy on the part of railroads to deprive western grain shippers of the advantages of cheap water transportation and to drive the grain transportation business from the Great Lakes, is charged in a petition filed with the interstate commerce commission by the Chicago board of trade. The complaint is directed against the Pennsylvania railroad, the Baltimore & Ohio railroad, the New York Central and seventy-four other railroads operating east of Chicago and other Lake Michigan and Lake Superior points. It is represented that "by reason of a conspiracy on the part of defendant carriers, substantially all means of all-rail through transportation from Chicago to New York and other Atlantic seaboard points, and also all parallel and competing through lines of transportation via the Great Lakes from Chicago and other lake points to Buffalo and from Buffalo to New York and other Atlantic seaboard points, are owned and controlled by the defendant carriers." 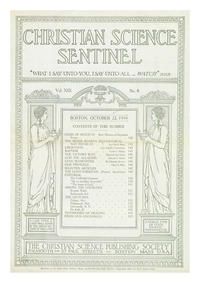