Secretary Elliott of the American Automobile Association has sent a warning against reckless driving to the officers of the two hundred automobile clubs scattered throughout the United States, to the effect that drastic anti-automobile legislation will surely be enacted in many of the Eastern States if a stop is not put to the reckless driving. There has already been some agitation for the repeal of the Connecticut automobile statute, considered one of the model motor vehicle laws in the country, in that it does not specify a speed limit, but requires only safe driving.

Invitations to the second meeting, on Dec. 8, in Washington of the governors or their representatives have just been sent out by the National Conservation of Resources Commission. The governors of more than half of the States have appointed commissions, and these commissions are now at work taking inventories of State resources along the same lines that the National Commission is following for the whole country. The governors of most of the other States have announced their intention to appoint commissions. 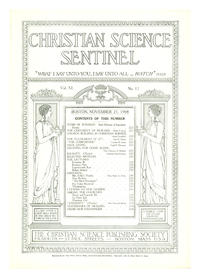