The lecture given last January was well attended, the largest number we have had so far being present. The lecturer commented on the marked interest of the audience. The notices for the lecture were especially good. Apart from posters, cards, and the radio announcements, a very prominent and large placard was placed over the front of the hall where the lecture was to be given, and must have been seen by a large proportion of the public. The notices in the newspapers were also good, being outstanding and on special feature pages. 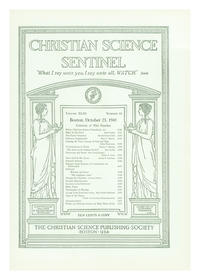