Many more contacts with newspapers have naturally increased the number of items engaging the attention of this Committee and Assistants. This duty is not lessened, but is happified, by the fact that these newspaper items were almost altogether favorable. One letter was written to an editor to correct his wrong practice of reprinting feature items from The Christian Science Monitor without due credit. 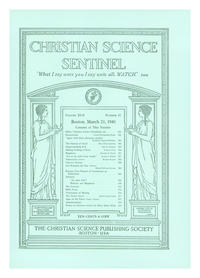