A physician recently wrote, in a letter published in a widely read American magazine, "I am not sure that loneliness does not cause more pain and suffering all told than some of the conditions which we doctors work so hard to relieve by the various products of scientific research."

He went on to express regret that more of what he described as "scientific thought" had not been directed towards the alleviation of loneliness. 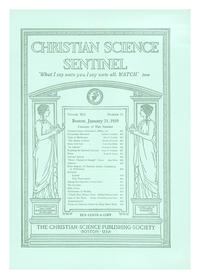