"Of making many books there is no end;" and if this was true at the time the book of Ecclesiastes was written, how much more true it is to-day. But of all books in the vast numbers that have accumulated since man learned the art of writing, none has had so potent, so universal an effect upon the thought, and therefore upon the conduct of mankind, as the Bible. Those who believe in the Bible as a book either wholly or partially inspired by God, comprise the Christian world to-day; but that Christian world is very far from being united. It has awaited for many centuries some great and commanding light of wisdom to reunite its many subdivisions, and to explain the apparent contradictions in the Bible itself. 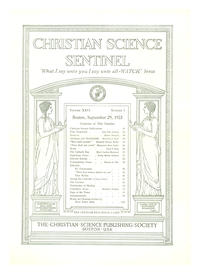