"I predict that in the lives of the younger men now before me there will be seen from ocean to ocean in the United States the greatest system of highways to be found anywhere in the world," was the prediction of Senator Bankhead, chairman of the Senate committee on post-offices and post roads, when speaking recently in Atlanta, Ga., at a meeting held for the purpose of accelerating the building of the Bankhead Highway through the southern states. "The present Federal appropriation of $85,000,000 is but the beginning of the work that the national Government will shortly be doing in the matter of road construction," he said.

A soap factory in Lourenco Marques, Mozambique, started in 1914 with a capital of about $15,000, and an output of 600 cases, or 35 tons a month, has at present a capital of $60,000, and an output of 6000 cases a month. The soap is made entirely from vegetable oils and is in two qualities,—"mottled" and "yellow." The latter quality, which is said to be suitable for all toilet purposes, is made solely from coconut oil. The factory is run practically on the products of the district, only about 6 per cent of the materials used coming from abroad. These are mostly sodas and silicates. 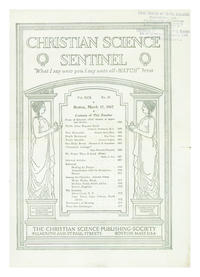