The rapid growth of the idea of compensation of workmen for injuries received in the course of employment as a substitute for the old liability acts, is shown in a bulletin of the bureau of labor statistics of the United States department of labor. The legislation of the year 1914 included three states: Kentucky, Louisiana, and Maryland. One of these laws, that of Kentucky, was declared unconstitutional before it came into operation. That of Maryland superseded an earlier statute reported as unworkable. The new laws of 1915 cover eight states: Colorado, Indiana, Maine, Montana, Oklahoma, Pennsylvania, Vermont, and Wyoming, besides the territories of Alaska and Hawaii.

The legislation of 1914 included also a presidential order providing a compensation system for employees of the Panama canal and railroad, while that of the current year includes a similar order extending the Federal Compensation Act of 1908 to workmen engaged on or about the Government railway in Alaska. With the legislation of these two years, thirty-one states and the territories of Alaska and Hawaii now have compensation laws. A Federal statute covers also about one fourth of the civilian employees of the United States. All of this legislation has been enacted since 1908. 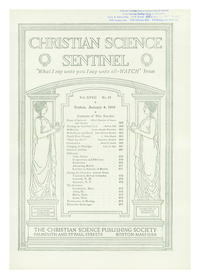