More than one fifth of the men who served in the army and navy of the United States during the civil war were on the government's pension roll at the beginning of the present fiscal year. The annual report of Commissioner of Pensions Saltzgaber shows that on July 1 last there were 462,379 civil war pensioners. During the past year there was a decrease of 34,884 civil war pensioners, while the net loss in the entire pension roll was 40,094, leaving 820,200 pensioners of all classes. There remain 1,142 Mexican war pensioners and 1,066 from Indian wars. The last surviving pensioner of the war of 1812 passed away eight years ago, although 199 widows of that war's fighters still receive pensions, a decrease of thirty-nine since last year.

It is stated that next month the Atchison, Topeka and Santa Fe road will initiate in the Arkansas valley of Colorado an experiment for the better marketing of fruit and vegetables, and if successful this method will be extended throughout the road's lines. Refrigerator cars will be sent out to pick up small quantities of this class of freight, move them to central points, and attach them in carload lots to its big refrigerator trains. The road has been successful in its dairy and poultry traffic by that method, and there is thought to be no reason why the fruit and vegetable traffic should not be handled in the same way. Millions of dollars' worth of this class of merchandise is wasted every year for lack of such a service. 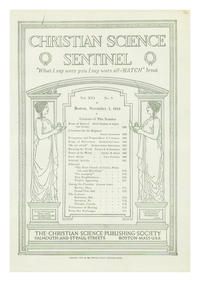