Changes in the local government on the Canal Zone, which will result in the harmonizing of various parts of the Zone, are to become effective April 15. The five municipal government will be replaced by four administrative districts. which will be under the direct control of the Canal Commissioners. It is estimated that the total saving to the United States under the reorganized government will be about $100,000 a year. 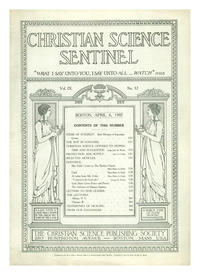