Q When did your Church start—and why?

A In 1879, four years after the first publication of Science and Health, Mrs. Eddy and some of her students voted to "organize a church designed to commemorate the word and works of our Master [Christ Jesus], which should reinstate primitive Christianity and its lost element of healing." Later, Mrs. Eddy wrote the Manual of The Mother Church to provide a permanent framework for church government and a blueprint for future development of its mission. In this Manual, she also stated, "The First Church of Christ, Scientist, in Boston, Mass., is designed to be built on the Rock, Christ; even the understanding and demonstration of divine Truth, Life, and Love, healing and saving the world from sin and death; thus to reflect in some degree the Church Universal and Triumphant" (p. 19). 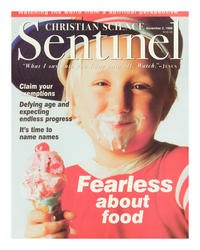