PROTECTING AND FURTHERING OUR CAUSE

How was it possible, then, for this new religion to withstand the evil onslaught, emerge victorious, and become strong and firmly established? 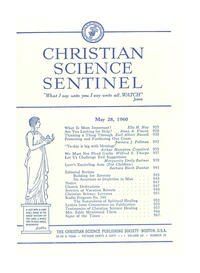