Shakespeare , poet, dramatist, and actor, was known by his contemporaries in all these categories, but probably in the reverse order. His father was acting as chamberlain of Stratford-on-Avon when William was born, and later held the highest municipal office—that of high bailiff. Shakespeare was christened in Holy Trinity Church by the first Protestant vicar in Stratford. Probably Shakespeare attended the king's grammar school. Certainly he studied Latin, for some Latin phrases he used are to be found in Lily's grammar, the standard textbook at that time.

Some of Shakespeare's plots are drawn from French and Italian works, and it is probable that he learned French after he came to London about 1586. Shakespeare's allusions to Scriptural incidents and his adaptation of Biblical phrases show his familiarity with the English Bible, probably the Genevan Version or the Bishops' Revision. In London he met Christopher Marlowe, a Cambridge man, who introduced him to the world of books. 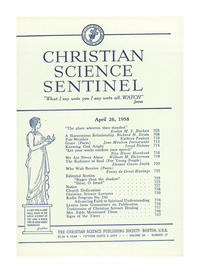