Roderick is a boy of seven years. One day he was asked by his mother if he would like to be helpful by going to the dairy to do some shopping for her. Roderick was delighted to do this and so set off gaily along the road to the shop with his basket and the money in his blazer pocket.

Presently he returned with his purchases and the change, but when his mother counted the money she discovered that some was missing. She called Roderick to her side and asked him if he had lost any. He replied, "No, Mummy, I don't think so; I put the change in my pocket with my handkerchief over it so it couldn't jump out as I was running home." Mother suggested that he should go back to the dairy and ask the assistant if an error had been made in giving him the change. Tears began to fall as Roderick said he could not remember to say so much. 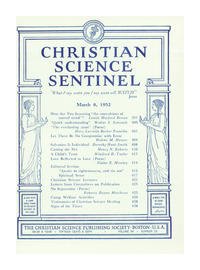