In the Christian Science textbook, "Science and Health with Key to the Scriptures" by Mary Baker Eddy, is found a chapter entitled "Recapitulation." This chapter includes essential and fundamental propositions of Christian Science, among which is the following statement (p. 493): "To corporeal sense, the sun appears to rise and set, and the earth to stand still; but astronomical science contradicts this, and explains the solar system as working on a different plan. All the evidence of physical sense and all the knowledge obtained from physical sense must yield to Science, to the immortal truth of all things."

When Nikolaus Copernicus proclaimed that the earth moved, his declaration was received with a flood of derision. Even Martin Luther, staunch protestant and champion of individual liberties, scoffed at the idea of "the new astrologer who would prove that the earth moves," and said that "the fool would like to reverse the whole art of astronomy." Philipp Melanchthon pronounced this censure: "Our eyes bear witness against Copernicus." He stated further, "Sensual perception speaks against him, the authority of the Bible speaks against him, and the one-thousand-year consensus of learned men. Therefore he is absurd." 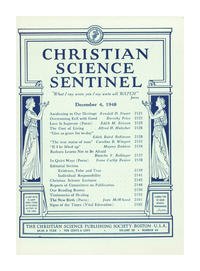