[President Hoover, in his inaugural address, as quoted in the Boston Post, Massachusetts]

The United States fully accepts the profound truth that our own progress, prosperity, and peace are interlocked with the progress, prosperity, and peace of all humanity. The whole world is at peace. The dangers to a continuation of this peace to-day are largely the fear and suspicion which still haunt the world. No suspicion or fear can be rightly directed toward our country. those who have a true understanding of America know that we have no desire for territorial expansion, for economic or other domination of other peoples. Such purposes are repugnant to our ideals of human freedom. Our form of government is ill adapted to the responsibilities which inevitably follow permanent limitation of the independence of other peoples. Superficial observers seem to find no destiny for our abounding increase in population, in wealth and power, except that of imperialism. They fail to see that the American people are engrossed in the building for themselves of a new economic system, a new social system, a new political system — all of which are characterized by aspirations of freedom of opportunity and thereby are the negation of imperialism. 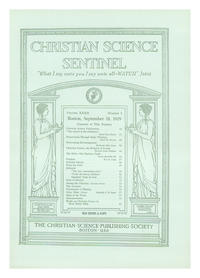