The United States fish hatchery at Havrede Grace, Md., has been closed. The report of the commissioner in reference to the situation said in part: "In annual reports, in special reports to members of the legislature, in communications to the governor, in press notices to the fishermen and the general public, and in personal statements and appeals, we have shown the necessity for a radical change of policy on the part of the state of Maryland in order that the further depletion of once valuable fisheries might be arrested and the abundance of important food fishes might be restored and maintained. Nothing has been done to improve the situation. The state continues to permit practices known to be inimical to the best interests of the fisheries and directly antagonistic to the efforts of the Bureau of Fisheries in behalf of the people of the state. The future expenditure of effort and money under the circumstances not only is inadvisable and unjustified, but is clearly forbidden by stipulations which Congress has wisely placed on our annual appropriations for the propagation of food fishes."

According to the plan announced by Secretary Houston, an increase of 25 per cent in the grazing fees on all national forests will be made for the season of 1917. Subsequent increases will be based on a study of the local conditions on the individual forests. "The timber, grazing, water power, and other resources of the national forests which are used for commercial purposes should be charged for at a rate which represents their fair value," said Secretary Houston. "If a charge only sufficient to cover the cost of administration were made, all of the profit from the commerical use of the national forests would go to a comparatively few individuals instead of to all the people to whom they belong and who are entitled to share their benefits. The charge for grazing should be based upon the real value of the forage on the national forest ranges, as determined by a careful survey of all the facts and not by competitive bids, as required in timber sales." 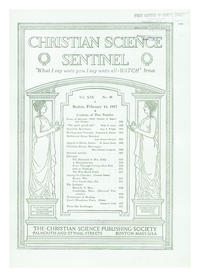