Engineers have been at work for three years on plans for flood prevention in the Miami (Ohio) Valley district. Completed plans and reports have now been presented, and it is believed that actual work on these improvements will begin in the spring of 1917. The official plans propose an outlay of $23,539,872. This, according to experts, will give protection against floods at least 40 per cent greater than was the record-breaking high water of March, 1913. It is expected that all legal entanglements will be out of the way by the latter part of this year, so that contracts may be awarded in time to start work in 1917. Five retarding basins for dry reservoirs, as they are commonly called, will be formed by dams built across valleys of the Miami, Mad, and Stillwater Rivers and on the Twin and Loramie Creeks, according to the present plans. More than twenty-five thousand maps have been made and thousands of tests conducted throughout the entire valley since the flood prevention plans were first developed, and on an average thirty engineers have been busy for three years gathering data for the official report.

In a report on the mining resources of Cuba, the director of mines of the Cuban Government declares that the island's mineral riches have developed to ten times what they were a few years ago. The province of Pinar del Rio appears to be the richest in mineral resources, although it is only recently that these deposits have been worked to any considerable extent. New mines in this region are being opened constantly. In one of them 800 men are employed, and in a period of five months 27,285 tons of copper ore were extracted. A copper company in Oriente is now exporting 28,168 tons of copper ore to the United States annually, while the Juragua Iron Company has in the past year exported 386,888 tons of iron ore. Mining engineers are quoted as declaring that some of the deposits of manganese in Cuba are without a superior in any part of the world. There are also many asphalt mines throughout the island, and two or three deposits of gold have been found in Holguin. 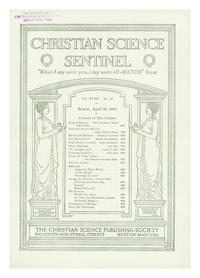