The Grand Trunk Railroad put into effect on Jan. I a pension system claimed to be the most comprehensive and one of the most generous in the country, embracing every employe of the railroad in the United States and Canada. To support the plan the company has appropriated two hundred thousand dollars, the interest of which each year will be turned over to carry out the terms of the plan. A compulsory retiring age is fixed at sixty-five, while any employe who has served the company for fifteen years or more will be entitled to a pension on a graduated scale, according to the number of years served. The rate of pension has been fixed at one per cent of the average yearly salaray for the highest ten consecutive years of service; the one per cent being multiplied by the number of years served. A minimum pension has been fixed at two hundred dollars, while there is no maximum.

A sale of the properties of the North Chicago Street Railroad Company, the West Chicago Street Railroad Company, and the Chicago Union Traction Company, under a decree of foreclosure, has been ordered for Jan. 25, 1908, by Judge Peter S. Grosscup, sitting in the United States Circuit Court. It is taken for granted that the Railways Company will be the only bidder for the property and means that, following the acceptance on Feb. I of the ordinance by which the Chicago Railways Company will come into possession of the traction properties affected by the decree, the Railways Company will immediately begin rehabilitation of the lines at a cost of twelve million dollars and within three years must have rebuilt at least ninety miles of single track and have put in operation at least twelve hundred new cars. 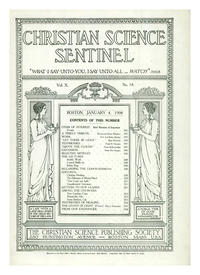