The habit of hiding coin and other valuables in secret, out-of-the-way places, seems to have been very general in past times when security vaults were unknown and pillages were frequent. The following interesting facts in evidence are gathered from the Scientific American.

The recent discovery in North Wales of several valuable silver urns, gold rings, armlets, and spoons, dating from about the year 1600, recalls some interesting facts concerning the recovery of treasure trove. The year 1882 appears to have been the most prolific in these unexpected finds. In January of that year, while repairs were being carried out in a house at Broughton, the workmen unearthed a large leathern bag containing thirty crowns and several shillings of the reign of Charles II., James II., and Queen Anne. In the following month a discovery of great antiquarian interest was made at Vufarfre, Sweden, when a number of antique silver bowls were brought to light. They proved to be excellent examples of twelfth and thirteenth century work, and were covered with quaint inscriptions. Some months later a clay vessel full of Roman coins was found near Yeovil. Somersetshire, and, at about the same time, two hundred and fifty coins of Queen Anne's reign were found at Watford. The greatest discovery of the nineteenth century took place in December of the same year in an old house in the Rue Vieille de Temple, Paris. Upon its demolition a copper jar was found in one of the walls. It contained seven thousand eight hundred and eighty-two gold coins, worth nearly $30,000 as bullion, but to the collector their value was untold, for they belonged, numismatically, to the rarest reigns of France. 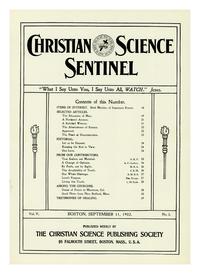