Randy was seventeen. With his activity in little theater, a boys organization, and his part-time job, he was having a busy summer. Also, he had recently joined an organization that promoted flying. In a few days he would be taking his first ride in an aircraft.

When the day came, it was warm and sunny, and soon the small single-engine plane was accelerating down the runway. The scenery outside the aircraft appeared to be moving very fast. Then it almost became motionless and much smaller as the plane lifted into the air. He was flying! 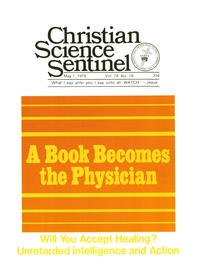