Science and Health with Key to the Scriptures by Mary Baker Eddy is the textbook of Christian Science. It is available in English, in English-Braille, and in Danish, Dutch, French, German, Greek, Italian, Norwegian, Polish, Portuguese, Russian, Spanish, and Swedish. It may be obtained from any Christian Science Reading Room, or ordered directly from Warren T. Brookes, Publishers' Agent, One Norway Street, Boston, Massachusetts, U.S.A. 02115.

Chestnut Hill, Mass.—The former residence of Mary Baker Eddy at 400 Beacon Street contains an exhibit room on the second floor where items tracing the growth of the movement from its earliest days to the present are displayed. This house is open to visitors weekdays May 15 through October 15 from 10 a.m. to 5 p.m., and on Sundays from 2 to 5 p.m. During the remainder of the year the hours are 12.30 to 4 p.m. daily except Sundays. It is closed on all holidays with the exception of Patriots' Day (third Monday in April), Memorial Day (last Monday in May), and Bunker Hill Day (June 17). 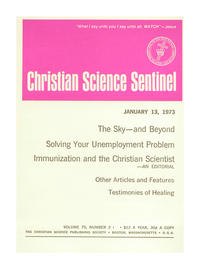