Gaius Octavius was only five when his father died, but Julius Caesar, his granduncle, interested himself in his nephew. At sixteen, Octavius left Rome to pay a surprise visit to Caesar then in Spain. Two years later Octavius was sent by Caesar to the Greek colony Apollonia to study. It was here Octavius learned of Caesar's assassination and resolved to avenge it. On his way to Rome he heard that Caesar by his will had adopted him, which meant changing his name to Gaius Julius Caesar Octavianus, and that he had left him three fourths of his fortune.

The triumvirs were victorious at Philippi in 42 B.C. Some years later, Lepidus was forced to retire. The Roman world was now divided between Antony in the East and Octavius in the West. Rumors reached Rome that Antony intended to make Alexandria the capital of the Roman world and Cleopatra his queen. Octavius was chosen to defend Italy. As a result of the battle of Actium, 31 B.C., Octavius was in sole control. He annexed Egypt, with her wealth. 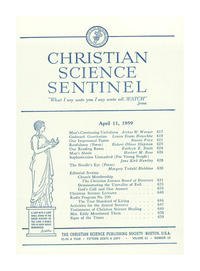