THE FATHER TENDERLY CARES FOR US ALL

One day, late in December, his mother bought Terry a six-weeks-old parakeet. Terry named him Winkie. After school, Terry would hurry home to play with his new pet. 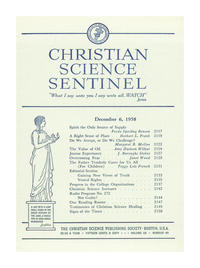