After the conquest of Canaan, Joshua called all of the people together and summoned them to present themselves before God. As he spoke to the people thus assembled, Joshua reviewed the mighty things which had been accomplished by God through them. He made an appeal to them, urging them to serve God—to put away all other gods and seek after him only. There is a choice to be made, he told them; they must choose between all other gods and God. Then he made his personal witness: "... but as for me and my house, we will serve the Lord." 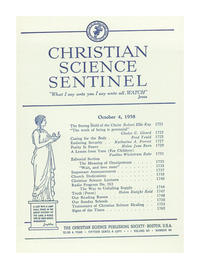