At the time our last annual report was published, we were on the point of leaving the place where we had held our services for many years, because of legislation just passed by the federal government. We were promised by the Secretary of the Treasury that the government would provide us with suitable quarters, but as the negotiations consumed several months, we were in the meantime able to carry on our services through the hospitality of our friends the Episcopalians, who sent us an invitation to use the premises of their Christ Church Cathedral. For some months the services in English were held in the church, while the Spanish services and the Sunday school were held in the parish hall adjoining. Subsequently it was deemed best to hold all the services in the parish hall, which we continued to do until our removal to the quarters placed at our disposal by the government at Calle de las Artes 86. Our heartfelt gratitude goes out to the rector and members of Christ Church for the spirit of Christian hospitality they showed us. 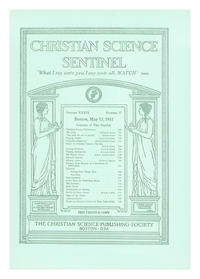