Topic: The Aim of Knowledge

I doubt whether educated men of your generation have any more compelling task than the effort to salvage that remnant of the freedom of the human spirit which is still alive in the world, and to build upon it once more a decent and stable social order. ... We are told that democracy is safe in this country and that freedom is thus also assured. But as long as great continental nations, with a cultural history of centuries, are ready, as they now do, to blaspheme against the whole conception of liberty on which our nation has been nurtured, neither that liberty nor the democracy in which it is enshrined can be wholly safe. ... 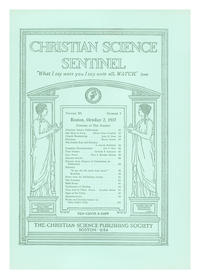