According to His Ability

NEARLY everyone has been faced at one time or another with some task which seemed impossible for him to perform. Either the amount of work to be done within a certain time looked difficult of accomplishment, or else his own ignorance of the way it should be done appeared to him as an impassable barrier.

At such times the writer has often recalled the words of an excellent teacher of mathematics. Whenever a list of test questions was given to the class, they were put in such a way as to seem new and very difficult, having no relation to what had been previously learned. At first glance a look of dismay would go around the class. But this teacher was always ready with her inspiring smile and the words, "Now, children, first do all you can, and then—do all you can't." So each pupil would look eagerly for some question he could answer, and, in the process of solving one problem another would seem less impossible, for he had gained that much practice and had learned something which helped him to work out the answer to another problem, until, in many cases, a pupil would answer all the questions correctly. 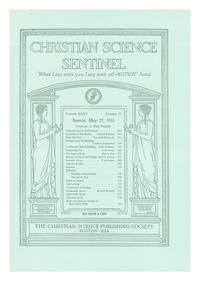