It is natural for individuals to express in their actions their state of thought. It is the general attitude of society that these actions should constantly tend to express an improved state of thought, although prevalent human theories are not agreed as to how this may best be accomplished.

A term used to signify a phase of human enlightenment is "self-expression." It is sometimes used in speaking of a perfectly normal characteristic; but the idea of self-expression is associated in modern times mainly with the development of the human mentality. It generally means self-assertion, and indicates an acceptance of man as an intelligence separate from God and an ignorance of Him as the only Mind that man can have. 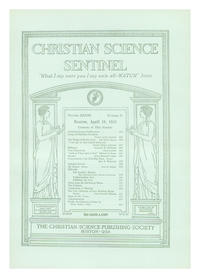