Consider, for instance, the habit of smoking cigarettes. For this habit, no thorough reckoning has found a balance on the side of benefit. Count Tolstoi, who acquired a worldwide reputation as a philosopher and sage, regarded the use of tobacco as the most dangerous of bad habits, because it deadens conscience (Essays, pp. 127, 130). Other writers have expressed a similar view by saying that smoking tends to make a person contented when he should be discontented. Many social welfare workers have observed that the cigarette habit leads to other bad habits, and tends toward moral laxity. Furthermore, in many instances this habit can be traced to the wish to be seen smoking, which incentive or motive nobody is likely to defend. 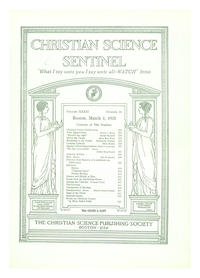