[The Toronto Globe, in its Dec. 7 issue, says editorially,...

[The Toronto Globe, in its Dec. 7 issue, says editorially, "The Court of Appeal by a non-committal verdict has properly refused to decide whether or not osteopaths and similar practitioners have a right to charge for their services. It is the duty of the Government to decide this matter, and if the law is uncertian it should be made clear and definite." The text of the question referred to the Court of Appeal, the answer of the Court, and the judgment of Chief Justice Moss, follows.] 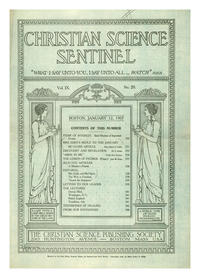