The Whale in the Pail

A long time ago there was a funny vaudeville act that made people roar with laughter. Vaudeville was a kind of show people had before television. You had to go to a theater to see it.

The star of this particular act was a hypnotist—a man who could put people who consented under a kind of spell. While it lasted, he could make them believe anything he told them. 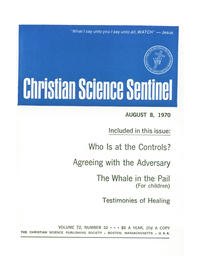