The Honorable John B. Connolly Governor of Texas in his address at the 17th Anniversary Dinner of The Religion in American Life Program New York, New York

It seems to me that in this era of relative ethics, a return to the training of people in the highest of ethics is mandatory.... I doubt if there are many in this room who do not believe that aside from their parents and their church, their teachers had the greatest influence for good or bad upon their characters. It is incumbent upon teachers and upon that profession to realize this and to adhere to an especially high code, in order to lend to their teaching that important dimension which can have so profound an effect upon their students.... With an ethical background in the lower schools, the student in college is better equipped... to see... that in the pursuit of a career seemingly far removed from any religious connotation, he is going to have to call upon his ethical training and his religious beliefs as never before, every day of his life. 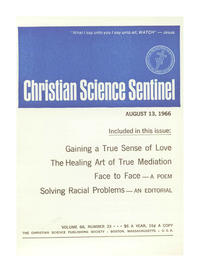