SOME nineteen hundred years ago Paul stood on trial for his life, he whose only purpose in life was to preach and practice the teachings of Christ Jesus. For so doing he had been imprisoned, and now he stood before King Agrippa to defend himself against the accusations of his enemies. Agrippa and Festus, the Roman governor of the province of Judea, and the court, resplendent in the lavish accouterments of the great Roman Empire, listened quietly as the prisoner spoke, for Agrippa had given him permission to speak freely.

Courteously, courageously, confidently, Paul spoke, recounting to the king the story of his life: that he had been born a Jew of the strictest sect; that in his youth he had persecuted the followers of Christ Jesus until on his way to Damascus, where he was to continue his work against them, he had had a vision of the Christ; that thereupon he had repented of his evil ways and had himself become a Christian and a preacher of the gospel of Christianity both in Damascus and in Jerusalem and throughout all the coasts of Judea. Eloquently Paul spoke in that quiet, listening courtroom. Humbly he told his audience of the prophecies concerning Jesus, of Jesus' life and works, and of his resurrection. "Why should it be thought a thing incredible with you," he asked, "that God should raise the dead?" (Acts 26:8.) 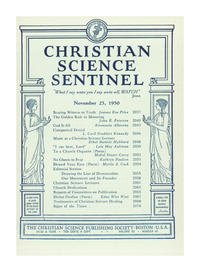